The fall of the communist regime in Eastern Europe meant first and foremost the state’s guarantee of the freedom of expression under its multiple means, including the artistic one. The legislative proposal submitted to the Parliament in Budapest stands for a significant step backwards and the possible obstruction of the independent theatre companies, as well as the alarming menace of censorship. Art, in all its forms, is the expression of freedom. By supporting culture and value, all democratic states of the world proclaim that ”the freedom of expression” is not just a mere phrase in their Constitution, but a vital way of life of the whole society.

We trust that the Executive and the Hungarian Parliament will understand the absolute and unconditional necessity of supporting culture, freedom of creation and the cultured people in Hungary, who, just like us, do not wish for replacing the velvet curtain of the Hungarian cultural scene with the Iron Curtain of an epoch which is long gone now. 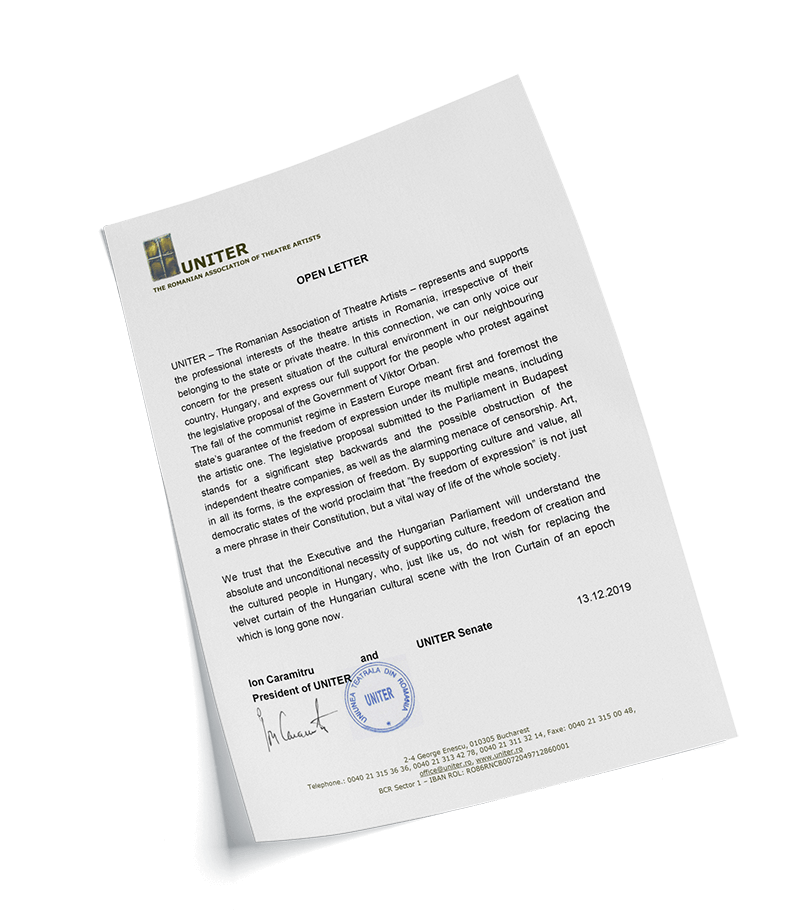